German magazine SportAuto is known for their timed laps on the famous Hockenheim GP, so it comes as no surprise that the recently unveiled BMW M2 CS is part of their latest test. Of course, these are unofficial lap times, meaning that the automaker has yet to publish their own times. The M2 CS used was a pre-production car with the camouflage on and it was tested in September 2019.

According to FastestLaps, the BMW M2 CS scored a lap time of 1:55.80, more than 2 seconds faster than the M2 Competition. Of course, it’s not an entirely accurate comparison since we don’t know the track and weather conditions at the time of the two tests. But nonetheless, the new M2 CS will be the faster car. 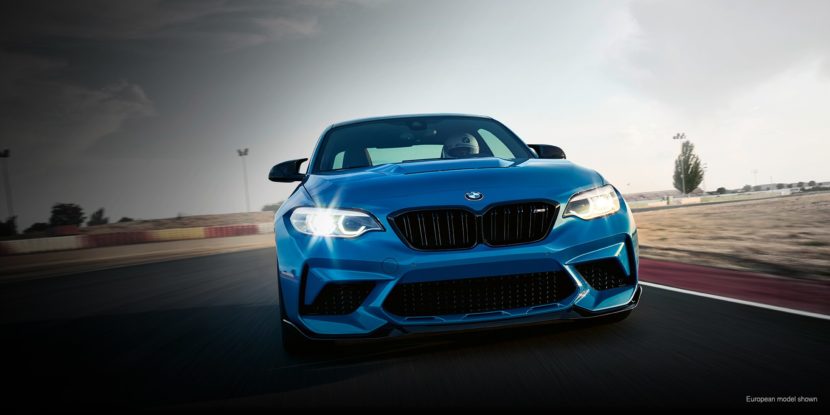 Another more powerful vehicle, but heavier is the BMW M850i xDrive which also finished behind the M2 CS with a 1:56.50 time. The top model of the 8 Series has 523 horsepower and the BMW all-wheel drive system.

The Acura NSX, the McLaren MP4-12C Spider and the Aston Martin DBS Superleggera are three other supercars that were slightly faster than the new BMW M2 CS.

What we don’t know at this time is whether the limited-edition M2 was driven with the six-speed manual or the 7-speed dual-clutch transmission. But what we do know is that the M2 CS uses a 3.0 liter six-cylinder engine (S55) with 450 hp and 405 lb-ft of torque.

Even with months before hitting the market, the BMW M2 CS is building quite some hype around it and with just 2,200 units planned globally, it remains to be seen if it will sell out before the market launch.

Be the first to comment on "BMW M2 CS beats Urus, Cayman GT4 and M850i on Hockenheim"