Arguably the biggest legislative milestone to date related to the legalization of marijuana in the U.S. was achieved two weeks ago. The U.S. House of Representatives Judiciary Committee voted 24 to 10 to pass the Marijuana Opportunity Reinvestment and Expungement (MORE) Act, a bill that would legalize marijuana at the federal level.

Marijuana stocks soared after the historic vote. But the initial euphoria faded as investors realized the challenges that lie ahead. Will marijuana actually become legal in the U.S., and by when? Here are three scenarios where the U.S. could legalize pot by 2021 and perhaps even sooner. 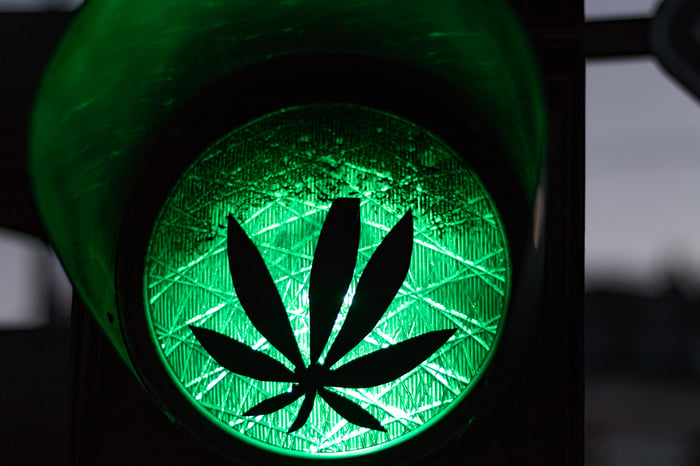 Contents hide
1 1. McConnell allows the Senate to vote on the MORE Act
2 2. Democrats gain control of both congressional chambers next year
3 3. McConnell is replaced as Senate majority leader
4 Implications for investors

1. McConnell allows the Senate to vote on the MORE Act

Passage of the MORE Act by the full House of Representatives seems assured. It’s a much different story in the U.S. Senate, though. Senate Majority Leader Mitch McConnell (R.-Ky.) has been adamantly opposed to the legalization of marijuana in the past. If he doesn’t want a bill to come before the Senate, it won’t.

Could McConnell change his mind? Probably not, but there’s at least a remote possibility that he could. His No. 1 priority is ensuring that the GOP retains control of the Senate in the 2020 elections. If he thinks that allowing the MORE Act to advance through the Senate will significantly improve the odds of Republicans holding onto the Senate, look for the legislation to go to the Senate Judiciary Committee and ultimately be voted on (and probably passed) by the full Senate.

At this point, it looks like the GOP will lose three Senate seats but still end up controlling at least 50 seats after next year’s elections. However, if the political winds shift in a way that makes the toss-up seat in Colorado (which claims one of the largest recreational marijuana markets) crucial to retaining a Senate majority, McConnell could decide that allowing a vote on the MORE Act is necessary.

2. Democrats gain control of both congressional chambers next year

Another scenario that’s favorable to marijuana legalization in the U.S. is one in which the Democrats win both the House and the Senate in the 2020 elections. Based on current projections, retaining control of the House seems likely. Picking off enough votes for Democrats to gain a majority in the Senate is a much tougher challenge.

Still, anything can happen in an election year. Although the prospects that the GOP will lose control of the Senate don’t seem great right now, there’s a long way until election day. The U.S. economy could tank. Momentum for impeaching the president could pick up and swing some Senate seats to the Democrat column.

Of course, the MORE Act (or something similar) would have to start from scratch in a new congress. But if Democrats control both congressional chambers in 2021, look for swift movement to legalize marijuana at the federal level. Would the president — whoever he or she might be — sign a marijuana legalization bill into law? With strong public support of legalization among Americans, it seems unlikely that any of the current Democrat presidential candidates or President Trump would veto the legislation.

The bigger challenge would be in the timing. It could be a stretch for both the House and Senate to pass a bill and the president sign the bill into law quickly enough for legalization to go into effect before the end of 2021. It’s not impossible, though: The 2018 Farm Bill passed in December 2018 legalized hemp throughout the U.S. immediately.

There’s one other scenario that could pave the way for U.S. legalization of marijuana: the replacement of McConnell as Senate majority leader with someone more supportive of legalizing pot. Of course, this would happen by default if the Democrats win control of the Senate after the 2020 elections. But there are also other ways it could happen.

McConnell will be 78 in February. Should he have serious health problems, he could opt to step down from his position as majority leader. To be clear, though, this would be a highly unlikely event. McConnell has had some health problems in the past, including a fractured shoulder resulting from a fall earlier this year, but nothing that would cause him to either resign from the Senate or from his position as majority leader.

Barring a serious health problem, it would probably take a major political crisis to cause McConnell to either voluntarily relinquish his top spot in the Senate or be pushed out of the role. But if the GOP retains control of the Senate, don’t expect Republicans to be eager to replace the person who helped guide the party to victory.

With the seemingly slim prospects for U.S. marijuana legalization in the near future, what should investors wanting to profit from marijuana stocks do? Think broadly and think long term.

Thinking broadly means don’t just limit your investing universe to the well-known Canadian cannabis stocks. Sure, Canopy Growth (NYSE:CGC) would benefit tremendously from U.S. marijuana legalization with its deal to acquire U.S.-based Acreage Holdings waiting only for the green light to go. But there are many U.S.-based stocks that can win regardless of what happens with efforts to legalize pot.

Innovative Industrial Properties (NYSE:IIPR) especially stands out. The company provides real estate capital to U.S. cannabis operators. Even if marijuana remains illegal at the federal level in the U.S., IIP should continue to be attractive to companies seeking to expand in the U.S. cannabis market.

Also, investors who think long term won’t be overly concerned if U.S. marijuana legalization doesn’t happen in the next couple of years. Most observers think it’s a matter of when and not if federal laws prohibiting marijuana will be changed. If you have an investing horizon of 10 years or more, you’ll be content knowing that there will be a lot more opportunities ahead for marijuana stocks than the MORE Act.

Be the first to comment on "3 Scenarios for U.S. Marijuana Legalization by 2021 – Motley Fool"